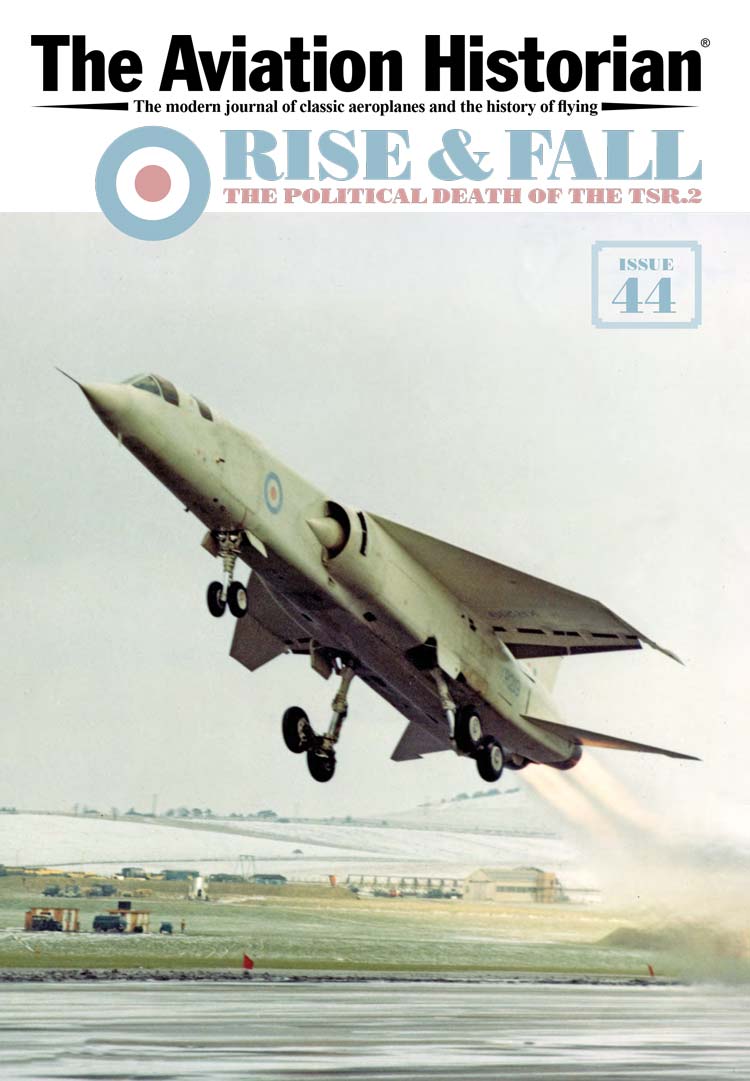 Three ways to get your news

Facebook and Twitter carry our lively and regularly updated feed of news and other items of interest – browse them both below* – and you can also scroll down the page to find TAH-related news, pictures and video-clips

* If for any reason the feeds are not displaying below due to restrictions imposed by your web browser, anti-virus or firewall applications you can visit our Facebook and Twitter pages direct:

Our print edition of TAH37 includes a gift to our readers in the form of our fourth double-gatefold, featuring dramatic air-to-air photographs by Peter Lewis of Hawker Hunters J-4040/HB-RVS (in striking “Papyrus” colour scheme) and T.68 J-4201/HB-RVR, over the Swiss Alps. It wasn’t practicable to include the artwork in our digital edition, but digital readers (and of course anyone else who would like to) may download PDFs of each side of it, entirely free of charge. 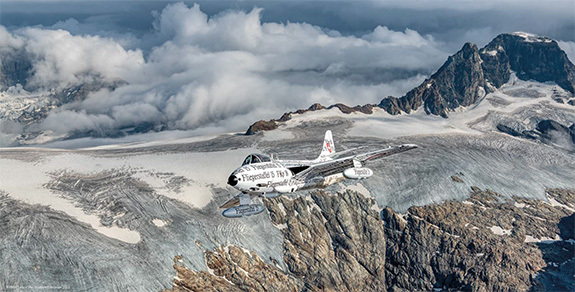 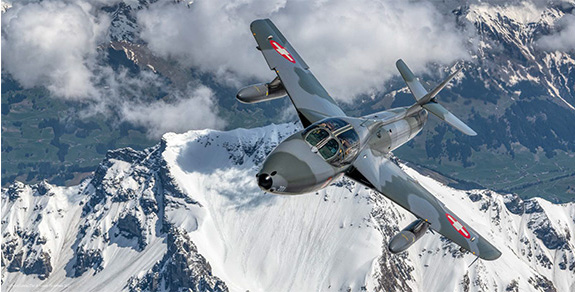 Our print edition of TAH31 includes a present to our readers in the form of our third double-gatefold. It features two spectacular air-to-air photographs by Peter Lewis of Northrop F-5s over the Swiss Alps. It wasn’t practicable to include the artwork in our digital edition, but digital readers (and of course anyone else who would like to) may download PDFs of each side of it, entirely free of charge. 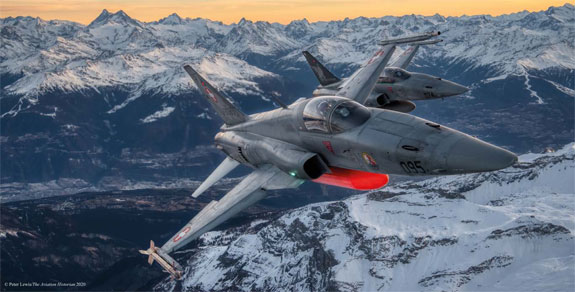 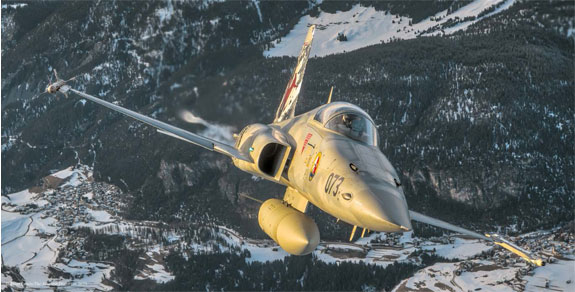 A detailed, full-colour animation of the workings of the Bristol Hercules engine and its sleeve-valves, based around CAD artworks created by Ugo Vicenzi for his article about the engine in TAH31, is available by clicking here (https://vimeo.com/56974841). 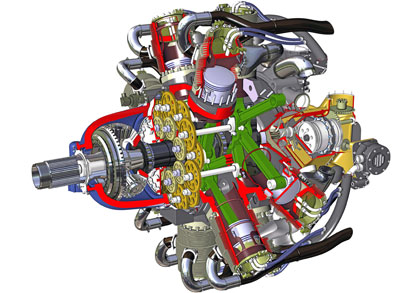 Our print edition of TAH26 includes an extra treat in the shape of our second double-gatefold. It features a contemporary map of the RAF Far East Flight’s 1927–28 tour from the UK to Australia, plus hand-coloured photographs showing the officers and NCOs who successfully spanned the globe with their four Supermarine Southampton flying-boats. It wasn’t practicable to include the artwork in our digital edition, but digital readers (and of course anyone else who would like to) may download a two-page PDF of it, entirely free of charge. 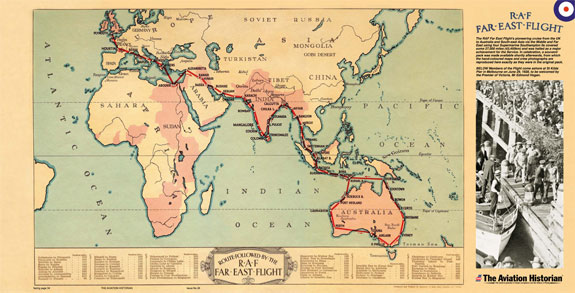 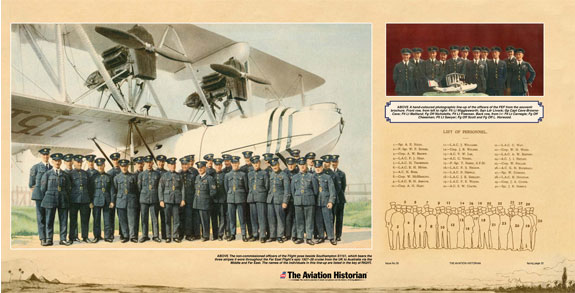 Our print edition of TAH22 includes a double-gatefold technical artwork featuring inboard profiles and equipment details for the P.1129, Hawker’s contender for what eventually became the BAC TSR.2 supersonic strike aircraft. It wasn’t practicable to include the artwork in our digital edition, but digital readers (and of course anyone else who would like to) may download a two-page PDF of it. 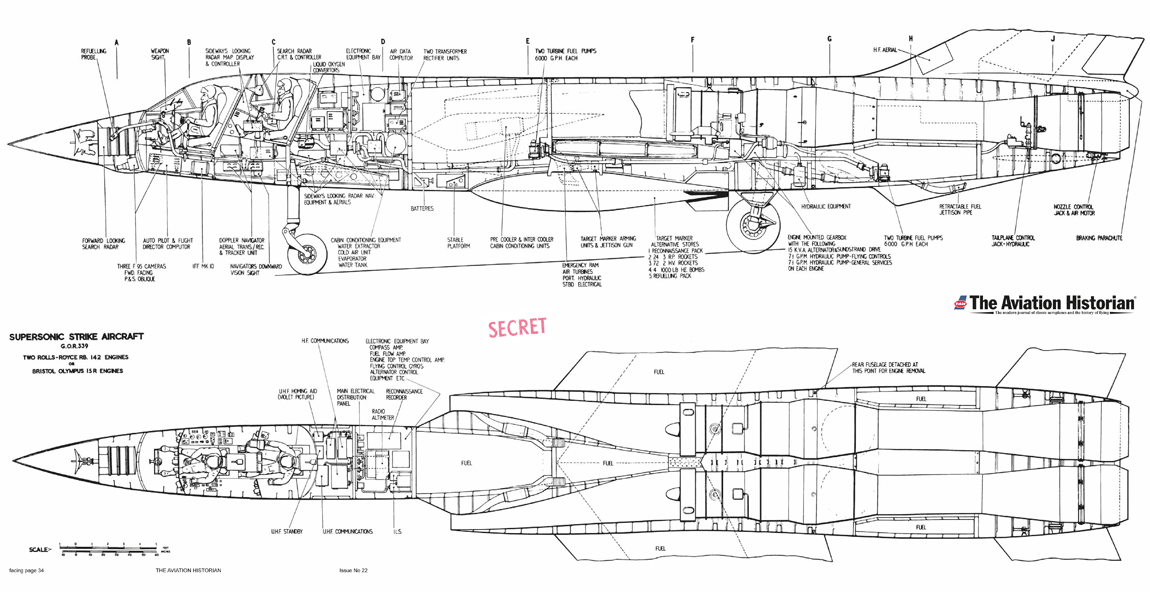 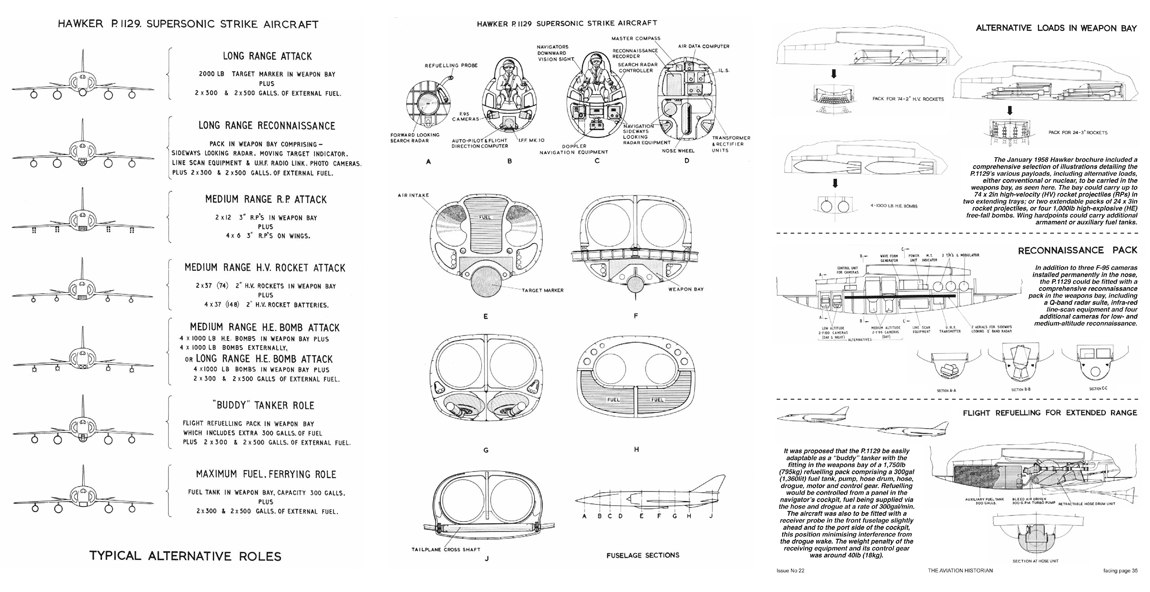 To complement Melvyn Hiscock's article on Pan Am Flight 843 in TAH13, here is a remarkable 5min contemporary news report which includes footage from the airliner's cabin showing the aircraft's starboard wing on fire and after the outer wing section had separated:

These interactive PDFs depict the 1903 and 1914 versions of the Langley Aerodrome, plus a further composite graphic showing the differences between the two – demonstrating how history was not just rewritten but physically rebuilt in an attempt to persuade the world that Langley could have flown before the Wright Brothers. They were created by historian and replica-builder Nick Engler, especially to accompany his exposé of the Curtiss-Langley Affair in TAH11.

A "still" from Nick Engler’s interactive graphic of the 1903 Langley Aerodrome. 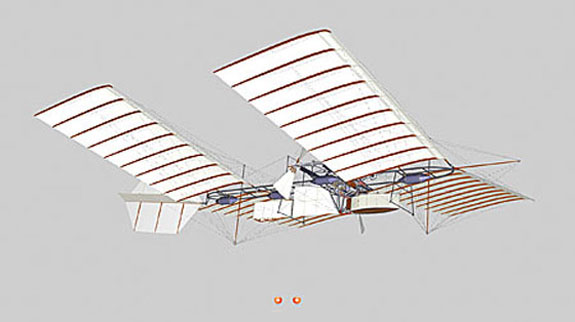 We recommend you view the PDFs using using Adobe Reader (downloadable free here: https://get2.adobe.com/reader/) – owing to the amount of detail, they are big files and may take a while to load.

Watch a 6min screencast about how to view the interactive PDFs

If you would like to dig more deeply into the subject, download a PDF of Nick Engler's original 44-page paper on the Wright-Smithsonian controversy, complete with footnotes and source notes.

Finally, here is some information by Nick Engler about the references he used in creating the PDFs:

The 3D model of the 1903 Langley Aerodrome is based on the engineering drawings for "Aerodrome A" that were published in 1911 by the Smithsonian Institution in the "Langley Memoir on Mechanical Flight" by Samuel P. Langley, edited by Charles Manly, and "Langley's Aero Engine of 1903" edited by Robert B. Meyer, Jr. I also travelled to the Smithsonian's Stephen F. Udvar-Hazy Center in Chantilly, VA, where I took hundreds of reference photos of the restored Langley Aerodrome.

The 1914 "reconstructed" Langley Aerodrome no longer exists, but I was able to find dozens of photos that were taken of the aircraft when it was tested at Hammondsport, NY during 1914 and 1915. These, combined with the 1911 engineering drawings, served as my basic reference. I also found detailed descriptions of the 1914 Aerodrome in Smithsonian publications, back issues of Scientific American and other periodicals.

For all my careful research, there was some guesswork in reconstructing these aircraft. Scholars and historians should be aware that a few small parts are not evident in drawings or photos of the Aerodrome, although they are described in publications. These parts I drew from historic examples found on other machines, and then placed them where common sense and my experience with pioneer aircraft construction said they should go. For example, I could not find a photo that clearly showed the high-tension magneto Curtiss installed in the 1914 Aerodrome, or a reference to the brand and model he used. I drew a Bosch DU5 magneto – the Bosch D series were popular ignition systems at the time – and placed it between the third and fourth cylinders of the Manly-Balzer engine. This is one of the areas I couldn't see clearly in the historic photos, and it's a likely nesting place for a mag. If you find a part that's drawn inaccurately or out of place and you have clear evidence of what that part looks like and where it should go, please let me know (e-mail me on orville@wright-brothers.org) so I can update these models.

Additionally, while you will find these 3D models remarkably detailed, I did not draw every detail. I omitted many small fasteners – nuts, bolts, washers, and screws. I also omitted the hundreds of small fittings where wire rigging was attached to the Aerodrome, along with the loops that passed through these fittings and soldered ends of the wires. Not only would these parts have been ridiculously time-consuming to draw, their presence in a digital model would have increased the size of the 3D PDF file immensely.

To complement the legendary Harrier test pilot's article Swiss Movement in TAH7, here is film footage of his full display at Agno airfield in Switzwerland on June 11, 1971, carefully choreographed to show off Harrier demonstrator G-VSTO's capabilities to their full extent against a vertiginous Alpine backdrop. Given the Harrier's engine-noise levels, the lack of a soundtrack is perhaps merciful; but the display routine is a work of aerial art: