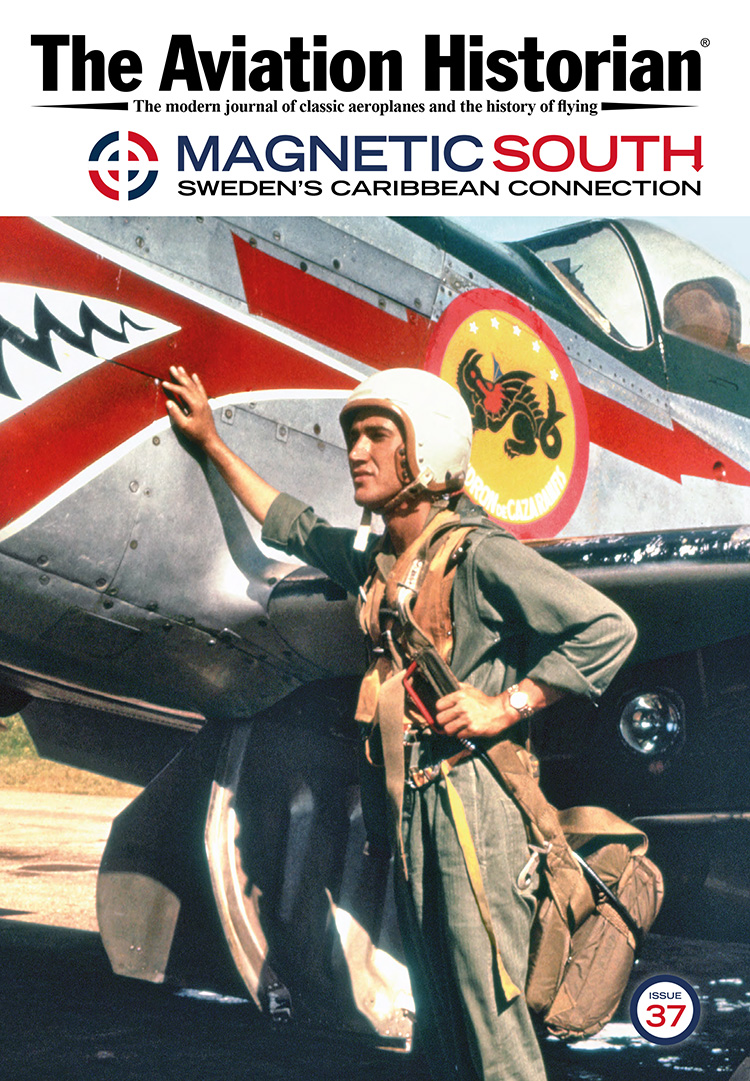 Look inside the current issue of TAH

For a glimpse of what’s in Issue No 36 of The Aviation Historian, click/tap images below-right to view larger PDF versions of our tasters featuring just ten of its 132 pages.

Out of the Ashes
Professor Keith Hayward FRAeS turns his attention to the political dynamics behind the development of the Panavia MRCA, the international effort that would become Tornado

Last Days of the Cannon Birds
The Junkers Ju 87G was designed specifically to counter Soviet tanks on the Eastern Front — but by April 1945 it was too little, too late, as Dr Andrew Arthy relates

Bringing Africa Together, Part 1
Airline historian Maurice Wickstead charts the genesis and early years of Ethiopian Air Lines, which in partnership with TWA created one of Africa’s most successful carriers

Far-flung Flycatcher
In 1929 a sole example of the Fairey Flycatcher naval biplane was sent to Argentina for trials; Ricardo M. Lezon and Matthew Willis use newly found documents to fill in the details of this little-known Latin American adventure

American Aviators in Japan, Part 2
In the second of his two articles on American aviation pioneers in Japan, Edward M. Young focuses the spotlight on Art Smith, Katherine Stinson and Frank Champion

Sweden’s Caribbean Connection
In the mid-1950s Sweden became an important supplier of both expertise and flying hardware to the Dominican Republic’s fledgling air arm, as Leif Hellström explains

Wings over Baghdad
Established as a British-mandated territory in 1920, Iraq quickly set about developing its own air power; Lennart Andersson surveys the first two decades of the Royal Iraqi Air Force, obliged to “buy British” (but didn’t always . . .)

Augusto Severo: Conqueror of the Winds
Captivated by birdflight and inspired by the advances being made by pioneers of lighter-than-air flying in France, Brazilian Augusto Severo became determined to make a success of his semi-rigid airship designs or die trying; sadly, it was the latter, as Rodrigo Mouri Visoni relates

Look inside back-issues of TAH

You can check the content of all available back-issues of The Aviation Historian in two ways: